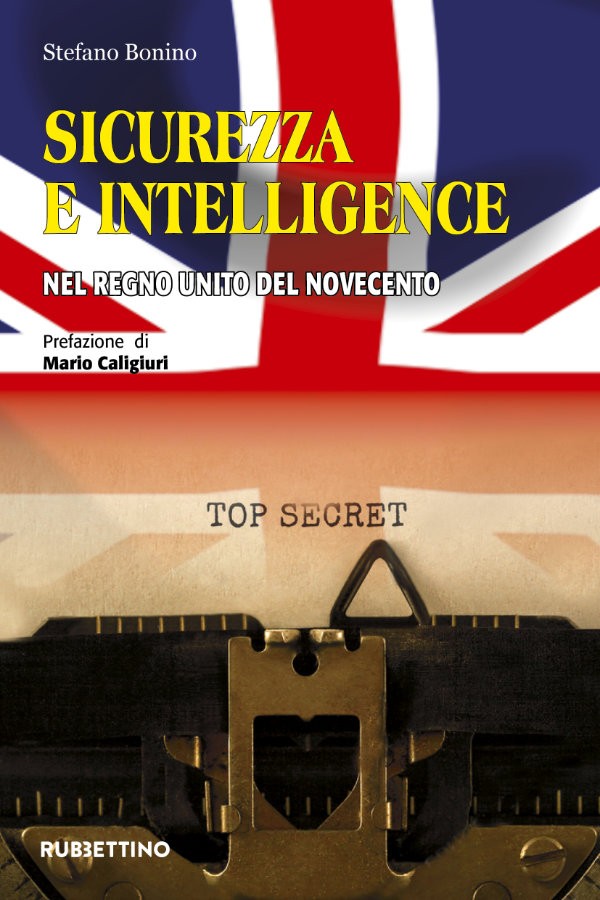 Sicurezza e Intelligence nel Regno unito del Novecento is a recent book published by Rubbettino, the leading Italian publisher in the field of intelligence studies and security. Stefano Bonino is an accomplished author nationally and internationally, and he proved all his scholarly ability in this fascinating book. The topic has been explored in the international intelligence studies literature, especially looking at Christopher Andrews, Richard J. Aldrich, Rory Cormac, and Michael Goodman’s work – just to name a few. However, this is the first time that the topic is fully covered by an Italian author for the Italian public. Even though this is the most important aspect of the book, which is already a remarkable achievement worthy of being underlined, it would be a good reading also for the international scholar and reader as I will argue.

In fact, Bonino’s work is a perfect guidebook on the history of intelligence in the UK and its evolution during the last century. It is essential, clear, and written so that even a non-expert intelligence or scholar reader can fully appreciate it. Bonino brings the reader into the UK intelligence community and its history through a solid reconstruction of the main aspects and events. The first chapter is an overture toward the main topic, which has a proper theoretical flavor. It explores the cover actions considering their nature, goals, and means. In the beginning, Bonino presents an entire short theory of the topic, which sets the stage for the historical analysis. The second chapter is devoted to the Soviet influence in the UK during the crucial early second and third decades of the XX century. The USSR build-up of a network of spies and agents of influence was a turning point of the history of espionage and intelligence as a state institution, at least in the UK. The seeds of the Soviet influence generated a solid network of spies and agents all over the United Kingdom and beyond. Then, the five spies from Cambridge University are presented to the Italian readers. The third chapter coherently explores the communist influence, which is something we should always keep in mind. After all, we live in a world in which the USSR has already disappeared for almost thirty years. It is difficult to get a sense of the danger that USSR and communism constituted back in those times. The chapter is followed by British counterintelligence. Bonino explores both the historical cases and tactics in order to show how the intelligence community reacted toward the main threats already considered. The fifth chapter shows the changes in the geopolitical problems of the seventies, from the USSR’s espionage to the Vietnam War, Irish terrorism, and the apartheid problem. (The apartheid case study is something strangely forgotten at least in the Italian debate of those years and, again, this reminds us how precious history still is… if we take the time to read it. A possible explanation could be that the Italian public debate is for many reasons, far from being interested in this topic. However, this would lead us outside the scope of this review). The sixth and seventh chapters are devolved to the transition phase between the years preceding the end of the cold war and the constitution of the post-cold war world order, with all its new conflicts, wars, and problems. Interestingly, the last chapter and the conclusion are indeed devoted to considering British intelligence beyond the XX century.

The book is an essential expansion of Italian intelligence studies literature. Indeed, still in its infancy, though with already important contributions, the Italian intelligence studies is still a growing field dominated by the historical analysis. Though history is definitely the most explored part of intelligence, even in the national literature, it is still far from being complete and pervasive as the UK or US intelligence studies. Besides, the great majority of the works are mainly on specific aspects, operations, or time, which limit them in scope and breadth. Then, Bonino’s book fills an important gap inside the Italian intelligence literature, bringing the British experience consistently. This is already an achievement. The next step could be a comparison between the UK and the Italian experience, which could underline commonalities and differences between the two intelligence communities. As a nice spillover effect, we likely could discover and better appreciate many facets of the history of the two countries. Through the prism of intelligence, we can see the shape of our time.