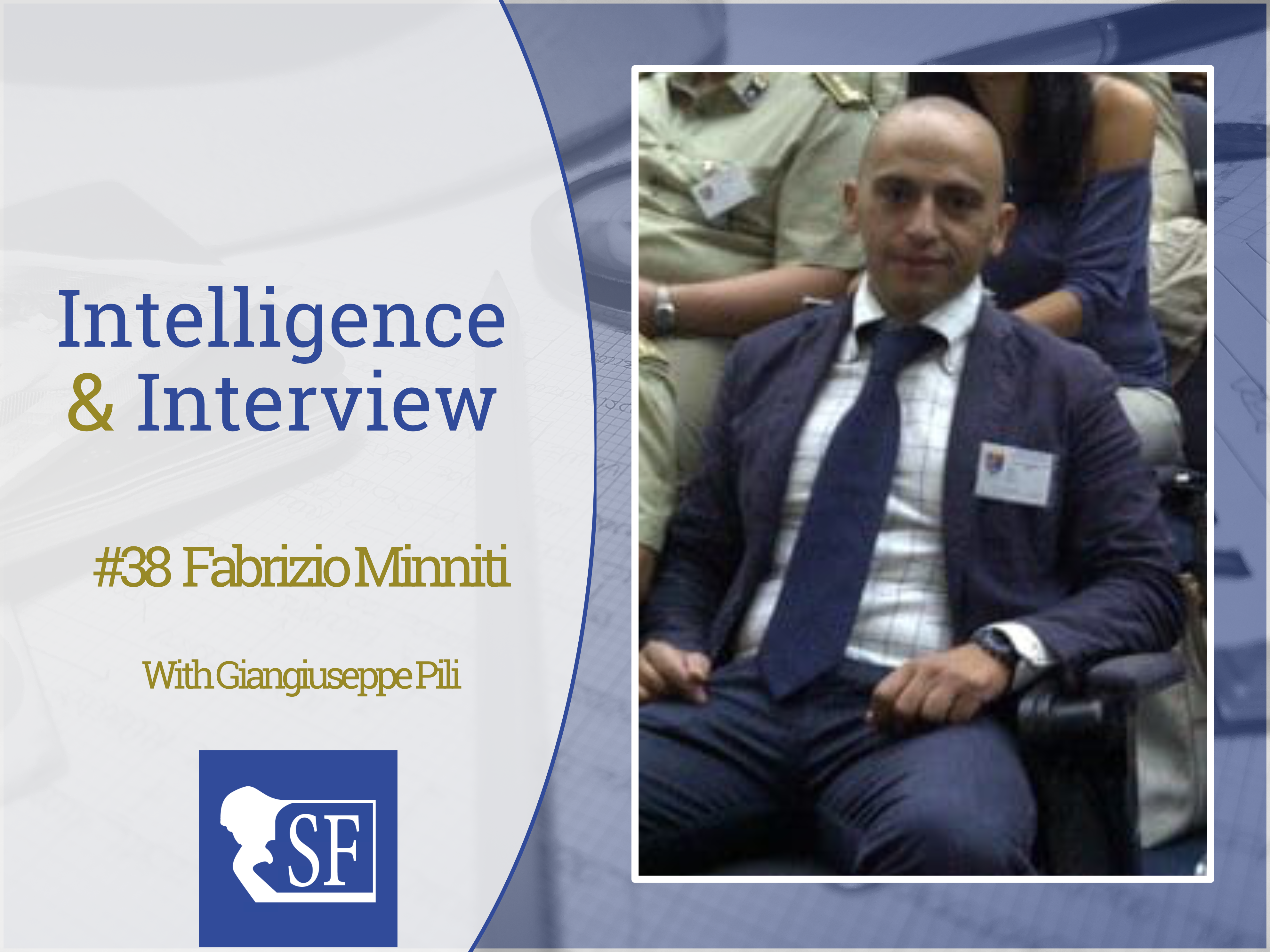 I know few people who are better suited to cover the recent (tragic) events in Afghanistan than Fabrizio Minniti. Fabrizio is an expert in the region, and he stationed there for some time. I had the pleasure to listen to him talking about it, and I realized that he was the perfect person to address the new Afghan context, and helping us in understanding the unfolding events. All the people selected and interviewed for Intelligence and Interview are outstanding experts and researchers, and some of them I know personally. However, Fabrizio is uniquely positioned as he is my first co-author’s paper in an international journal: What Happened? After-Effects of the 2007 Reform Legislation of the Italian Intelligence Community! Thank to his deep knowledge of the intelligence realm, especially at the national level, we issued a paper on the history of Italian intelligence for the International Journal of Intelligence and CounterIntelligence, which is still substantially a unique piece of research considering the Italian case. It was a great honor and experience working with him on this project and, please, don’t ask: We will work on follow-ups very soon! Then, I invite you to follow Fabrizio and his work, starting from this interview. It is then with my distinct pleasure to publish the interview on Scuola Filosofica – for those who don’t know it yet; it is one of the leading cultural blogs in Italy. In the name of Scuola Filosofica Team, our readers, and myself, Giangiuseppe Pili, Fabrizio: thank you!

1# Fabrizio, let’s start from the basics. How would you like to present yourself to the international readers, and Philosophical School (Scuola Filosofica)?

I am Fabrizio Minniti, a former researcher at the Military Centre for Strategic Studies (Italian MoD), international security expert, analyst, consultant, and political advisor to international organizations. I am the author of numerous publications on terrorism, intelligence, and nuclear non-proliferation.

2# May you tell us about your direct experience in Afghanistan (what you can share with us, naturally… nobody wants to go to jail)?

I had direct experience in Kabul, I was there for several months, and I am seriously concerned about the current situation in the country.

3# How would you describe the current situation in the country and what we should expect from it?

It is a country suffering from extreme poverty. I was in the Palestinian territories, and I have experienced poverty and indigence, but never as much as in Afghanistan.

It is a country completely dependent on the international community, on the help of international donors, without which it would quickly collapse. I do not exclude that that is what will happen very soon with the Taliban in power. The situation is currently evolving. However, the Taliban control over the country is now beyond question. The Taliban first took possession of crucial cities such as Kandahar and Herat. Kandahar is the second-most populous city in the country, the former capital of Afghanistan under the Durrani dynasty, and the economic hub of the country’s southern region. Herat is a major cultural and commercial hub in western Afghanistan. The rapid Taliban advance in important districts, the simultaneous surrender of Ghazni, Herat, and Kandahar made the capture of Kabul easy and almost inevitable. The collapse of military structures is much more complex to explain. I do not believe that the Afghan Army surrendered, but the most likely version is that there was a direct order from the political side to abandon the weapons, to avoid a direct military clash, also with the aim of avoiding hitting the civilian population. A population already severely proven by decades of conflict and now also by the pandemic.

4# What main steps brought the situation to the dramatic ending we are all watching?

The agreements between the United States and the Taliban were based on a series of cornerstones:

– the guarantee that terrorist groups will not use the country to launch attacks against the United States and its allies;

– a timetable for the withdrawal of all US forces and the coalition from Afghanistan;

– a permanent and global ceasefire.

The last two points were never remotely met. The ceasefire was more about the relationship between the TB and the coalition forces, much less about the Afghan armed and security forces, which never stopped being targeted by the Taliban.

The agreement, much less the dialogue between the Taliban and the Afghan government, was carried out by the TBs with intelligence and by exploiting the weaknesses of the Ghani administration. In fact, the Afghan government has freed 5000 TBs, imprisoned them in jails, not all for minor offenses.

The TBs have continued to test the resilience of the Afghan security forces, continually targeting them with direct attacks or threats to family members.

The Taliban’s continuous reference to Afghanistan as the Islamic Emirate of Afghanistan has contributed to the narrative of the group, which has been legitimized, albeit indirectly and certainly unintentionally, by the US itself, which has allowed it to use it during the negotiations.

5# How could we have avoided arriving at this point where the civilians will suffer the most?

I do not believe that the TBs will allow further exodus and emigration outside Afghan territory, except to territories located in remote areas where the borders are more porous.

The migratory situation requires the European Union to ensure respect for human rights in Afghanistan and to react to a possible wave of migration used for the sole purpose of destabilizing Western countries. Drug trafficking and the terrorist threat are further elements to be considered.

6# How do you see the Talibans’ next moves, and what will be their aims in the global geopolitical scenario?

The Taliban’s interest is to gain international recognition or, at least, to have the non-hostility of certain countries, such as Iran, Russia, and China. They will try to arrive at a Government with the largest number of representatives of the various ethnic groups to avoid the collapse of the Country, which would not be in their interest either.

7# We are naturally all focused on our side, but what about Russia, China, and the rest of the closer Asian countries in the region? How do you see the evolution in international relations in the area and globally?

Despite what many journalists have written so far, China has benefited from Afghanistan’s relative political stability. The approximately 80km border with China’s western region of Xinjiang in the Wakhan Corridor makes a possible Islamic Emirate of Afghanistan a direct threat to Beijing because it could become a possible base for extremists who want Xinjiang’s independence. Second, China’s Belt and Road Initiative economic investments in Central Asia could be jeopardized by the Taliban’s rise to power. Beijing will certainly intervene to foster a fruitful dialogue with the Taliban, possibly influencing and shaping it as much as possible to its political and economic goals in the area.

8# As an experienced analyst, how do you see the unfolding events and the near future?

The stabilization of the Country, in fact, has not been possible. I do not believe the Afghanistan of today will be a direct threat to the West, except for the migratory flows. In the medium term, especially if the Country were to configure itself as an Islamic Emirate, which imposes rigorous sharia of the Deobandi tradition, it could favor the emergence of such a radicalization to become a serious threat to the West.