Vegetius and the principles of war – 2 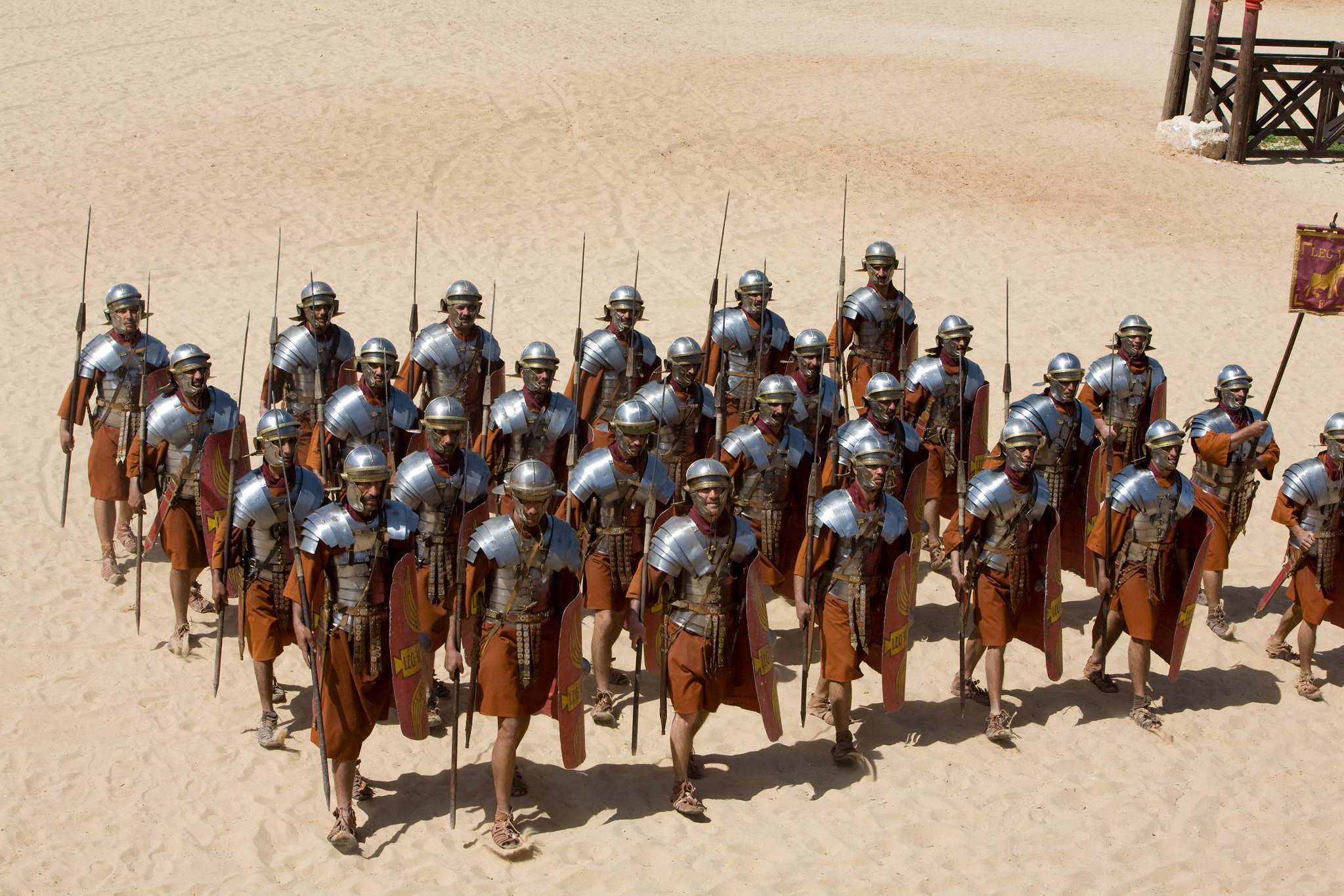 Vegetius’ analysis is grounded on three main assumptions. They are the conditions to define a good army:

(EB) An army is good if and only if

(a) is organized rationally,

(b) each unit is efficient in relation to its role,

(c) is able to have sufficient means to act.

Points (a) and (b) are poorly formulated because they already imply and require a quality assessment, which makes the Vegetius’ definition slightly circular – it implies already an account of what a good army is even though he is explaining exactly that point. However, at least in the first glance, these principles immediately able to be grasped by anyone who is not a philosopher who naturally needs more rigor. In any case, let’s eliminate the problematic terms (“rational” and “efficient”) to obtain greater clarity regarding our topic:

(a) is organized according to appropriate structural standards,

(b) each unit has virtues appropriate for its specific role and excludes other virtues not relevant for the role,

(c) is able to have sufficient means to act.

Now the definition (EB)* seems more acceptable and more rigorous. It clarifies that (1) an army is well organized if it respects certain management rules of the fighting mass (for example, Vegetius tells us that an army cannot be too numerous because it poses problems with movement and concentration of the fighting mass). (2) An army cannot be good if its units do not have some essential virtues (which will be discussed extensively in another post); and (3) it is essential to have means, both as a complex of war materials properly understood, but also with regard to the logistic tools to manufacture forts, settlements, bridges or ships and, finally, to the information necessary to minimize the risk inside the land where potential fighting can take place. Although Vegetius is a fairly systematic thinker, he follows a logic of a practical and non-conceptual nature, which is what we are trying to reconstruct. This can be seen from the structure of the work itself:

The first book deals with the choice and exercises of the new levers; the second explains the organization of a legion and the method of the discipline; and the third contains provisions for action. From this methodical progression, the following instructions on general actions and means of victory will be better understood and more useful. An army will be understood as a number of troops, legions and auxiliaries, cavalry and infantry, assembled to make war. This number is limited by the professional’s judgment. [2]

Considering the points (a-c), Vegetius begins by treating the point (b) in the first book, since the set of soldiers (the individuals) are those who make up the individual elements of the army. Therefore, in order to have an efficient fighting mass, it is essential that individuals are basically and intrinsically individual, that is, individual soldiers. As a man of antiquity, Vegetius prefers a vision of ethos focused on virtues, that is, on psychological traits assumed permanently by the individual to such an extent as to constitute their character. In other words, given a certain individual S whatever the time, S has a set of constitutive properties P such that P are psychological properties and determine the action a of S at all times t…t1. If the constitutive properties P of S are mostly advantageous for the purpose of warfare, then S will be defined virtuous, vice versa it will not be and therefore there are two options. (a) they will neutral – not good and not bad; (b) they will be negative and highly dangerous. Therefore, a virtue is nothing other than an individual’s property from which he will act in a more or less virtuous way. In this case, since these are military virtues, the virtues suitable for conducting the practice of the soldier within the warfare are fully considered. Two are the important conclusions of Vegetius’ analysis: (1) military virtues can be acquired through training – and this means that virtues and vices are based on education and training much more than innate psychological traits; and (2) it is only possible to obtain an efficient army starting from the skills of individuals.

Vegetius returns several times to point (1) because he defends an idea in his own bold way: men can be born more or less with predispositions towards the art of war, but everyone is able to become virtuous (in the sense already seen) through a learning system. In this sense, the first objective of the one who prepares an army is to set up an effective didactic system for properly practical purposes: to acquire the military virtues of individuals who, in themselves, may or may not have a certain innate predisposition. If they have it, it will be essential to strengthen it. If they don’t have it, it will be essential to induce it. Therefore, in all senses, military training is essential which must be set up in such a way as to guarantee the acquisition of the essential qualities for the soldier to be efficient.

Military training must be planned in such a way as to be useful to the soldier’s body and mind, since without physical training he will have difficulty during the fighting and transporting military equipment. While without a strong and straight education and discipline of the spirit he won’t yield to a sufficient psychological strength. Therefore Vegetius insists on three points: (I) training must include continuous training for prolonged efforts; (II) strict observance of the discipline during the training period is required; and (III) tireless interest in all the activities planned within a military campaign must be hold fast and fully maintained. For the Roman tactician, training and discipline are the two ways toward the full embodiment of the military virtue at least as regards the constitution of the soldiers who will be part of the legion:

Victory in war does not depend entirely on numbers or pure courage, only skills and discipline will make it certain. We see that the Romans owed the conquest of the world to no other cause than continuous military training, to the exact observance of the discipline in its fields and to the tireless cultivation of other arts of war. Without these what possibilities could the numbers of the Roman armies have against the multitudes of roosters? Or with what success could they have achieved their small stature compared to the prodigious stature of the Germans? The Hispanics dominated us not only in number but also in physical strength. We have always been inferior to healthy Africans and the art of deception and stratagems. And the Greeks, undoubtedly, were far superior to us in the arts and in all kinds of knowledge. But despite all these disadvantages, the Romans opposed an unusual care in the choice of their levers and in their military training. They understood the importance of making themselves more suitable from continuous practice and from training to every maneuver could take place in the idea and in the action. [3]